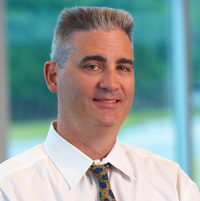 Dr. Guitton is a board-certified neurosurgeon with a special interest in the practice of spinal surgery.

Dr. Guitton has been providing spine care for almost 20 years, and has been in the Augusta Back Group since 2000. He has appointments at University Hospital, Doctor's Hospital, and Trinity.

Dr. Guitton was born in Milledgeville, Georgia in 1964. He was a graduate of Baldwin County High School in Milledgeville in 1982, and received his undergraduate education at Georgia College in Milledgeville, and Emory University in Atlanta, Georgia. He went on to receive his medical degree at Emory as well. He completed his internship and residency at the Semmes-Murphey Clinic at the University of Tennessee Memphis. During his residency he spent six months as a neurosurgeon in the National Health Service in Bristol, England. After residency, Dr. Guitton served four years in the United States Air Force at Wright Patterson in Dayton, Ohio as a staff neurosurgeon. He was Chief of the Department for his final two years.

Dr. Guitton's specific medical interests include both surgical and non-surgical management of the cervical, thoracic, and lumbar spine. His practice includes both minimally invasive and open procedures of the spine using the latest in non-fusion and fusion technology when appropriate. He has been trained in cervical disc replacement with both Medtronic and Synthes. He can also offer treatment with X-Stop for mild to moderate stenosis, and Kyphoplasty for vertebral compression fractures.

Dr. Guitton's other interests include hunting, fishing, and travel with his family. Dr. Guitton and his wife Mary Dudley were married in 1992 and have three children, Anna, Jack, and Josie. 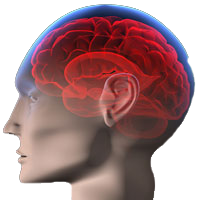